Tamagawa is a tier one supplier to automotive markets where its tri-axis IMUs units are a significant enabling technology for vehicle applications from driver monitoring and dynamics testing to fully autonomous road vehicles. These same components are increasingly being applied to other autonomous vehicles for localisation and dead reckoning on applications such as attitude control for light aircraft, drones, and logistics AGVs. They are also widely applied as an integral part of stabilisation and safety monitoring systems for cranes, bridges, and other large structures. Tamagawa IMUs are also being utilised on precision farming and construction site machinery where, on one level, accelerometer feedback provides safety for vehicle inclination and collision avoidance through tilt angle and shock detection. More advanced applications and potential applications can be realised with 6-degrees of freedom position and acceleration measurement that enables smart operation by pairing the IMU with GNSS (Global Navigation Satellite System) to significantly improve positional and straight-line accuracy and open opportunities for fully unmanned operation.

As a product example, Tamagawa’s latest IMU integrates a 3 axis MEMS (micro electro mechanical system) gyro and a 3 axis MEMS accelerometer, providing measurement of attitude and azimuth angle with angle velocity and acceleration. The averaged gyro and acceleration signals are processed at a 1000 Hz rate through an on-board microcomputer and output is via an ISO-11898-1 compliant CANbus signal. The robust and durable device is housed in a waterproof IP66 protected enclosure with measurements of less than 85 x 50 x 20 mm. Powered from a nominal 12 DC supply, the IMU has simple 2-hole mounting and electrical connection through a 4- pin industrial connector.

As an agricultural vehicle application example, the IMU could be paired with a tractor mounted GNSS antenna system which in turn communicates GPS position through a GNSS base station enabling the potential for unmanned operation. This configuration could also be applied to other large vehicle navigation applications such as construction site machinery. 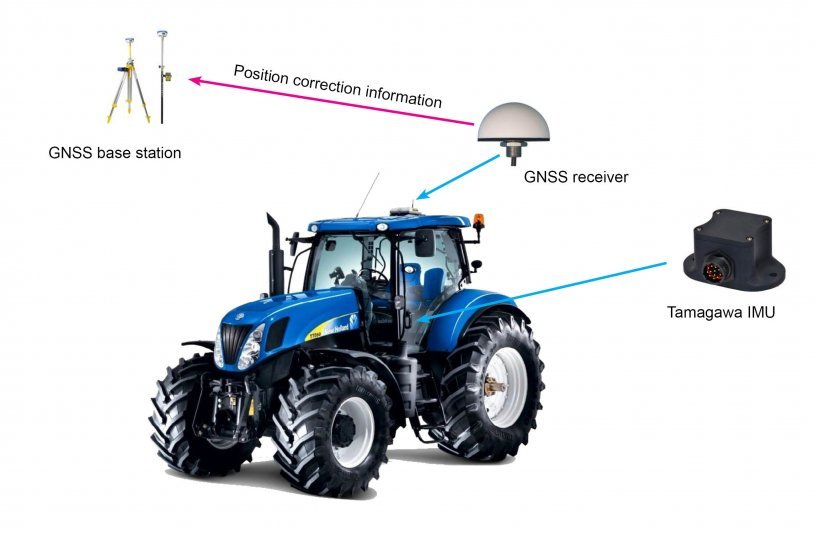 In a situation where the tractor encounters uneven terrain (i.e., in many instances), the angular offset between the GNSS antenna and the base station significantly affects the accuracy of the actual ground position, even where an RTK-GPS (real time kinetics – global positioning system) is used. To mitigate this error the IMU’s high-precision attitude measurement can be integrated with the control system, where the positional and angular offset between the IMU’s location on the tractor and the antenna is pre-calibrated to allow calculation that would realise the true position and maintain optimal straight-line accuracy. 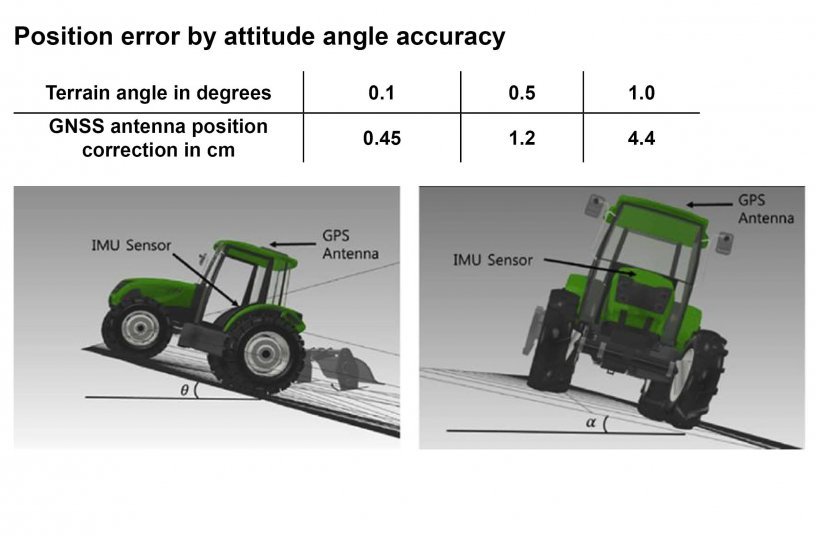 Agricultural and construction machinery applications may also benefit from Tamagawa IMUs where vehicle attachments and implements are used on uneven surfaces. During use where, for example, work is carried out on hilly terrain and where tyres and tracks may sink into the ground, the IMU can help ensure that the implements are correctly aligned and performing their function at the correct angle regardless of the orientation of the vehicle. 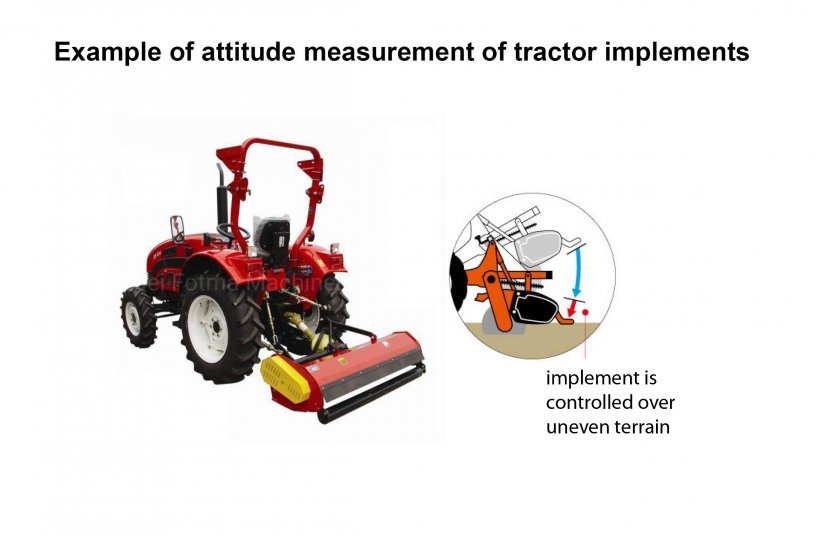 In summary, Tamagawa IMUs can be considered a valuable addition for smart agricultural applications and would benefit the performance, safety and availability of machinery used for irrigation, soil cultivation, planting and harvesting etc., with similar benefits for construction machinery.