Mammoet has started preparations for lifting modules onto the P-76 FPSO hull in Brazil for the Consortium CTTP76. 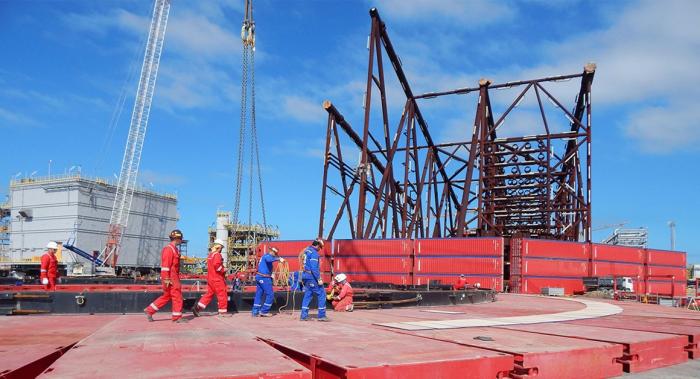 Integration of the modules is one of the most critical operations during the construction of an FPSO. Due to the scale of the modules installed on these vast floating production storage and offloading units, a high capacity crane is required. Mammoet mobilized one of their fleet of PTC 200-DS, a 5,000-ton capacity crane, from the USA just 6 weeks after the contract was signed.

The FPSO module integration project was agreed between Mammoet Brazil and CTTP76 for weighing, transporting and lifting of 20 modules ranging up to nearly 2,000 metric tons. All the modules are currently located at the UOT (Unidade Offshore Techint) integration yard awaiting the arrival of the FPSO hull which is currently at the Enseada Inhauma shipyard in Rio de Janeiro. 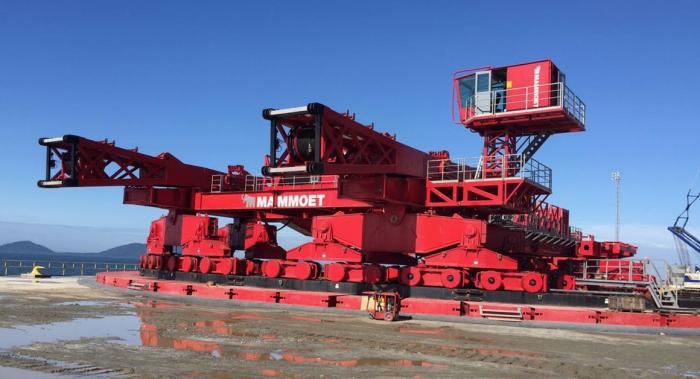 Mammoet has a 15-year track record of executing complex projects like this in Brazil. Amongst other such projects, the company has performed the integration of modules on both the P58 and P63 FPSOs in Brazil.  The PTC 200-DS ring crane was identified as the best option for the P-76 project, because it combines extreme lifting capacity with a long reach, small footprint, maneuverability and quick mobilization.

The assembly of the crane has already started, and it is predicted that the P-76 module integration will take place during the second half of  this year at the UOT yard, in the city of Pontal do Paraná, Paraná State, Brazil.