Moldtech continues to bet on the African continent

The amount of infrastructure projects in Africa is clearly on the rise, especially those related with road construction. Moldtech already carried out a number of projects in West African countries but this time was selected to participate in a project related to the Mombasa ring road in Kenya.

This project, which has Japanese funding, included the construction of motorway bridges using Aastho IV and Aastho VI pre-casted and post-tensioned girders. The Aasho IV girders have a length of approximately 30 meters and weigh around 48 tons whereas the Aastho VI come in a length of approximately 40 meters and a weight of 81 tons. Moldtech came up with a customized design which included a cambered casting bed and special arrangement to make the mould compatible with the post tensioning operations. The total supply for these items included 400 meters of casting bed and 200 meters of mould sides. This allows the client the demould and use the sides again while the previous casted girders complete their curing process on the casting bed before their removal to the stockyard. 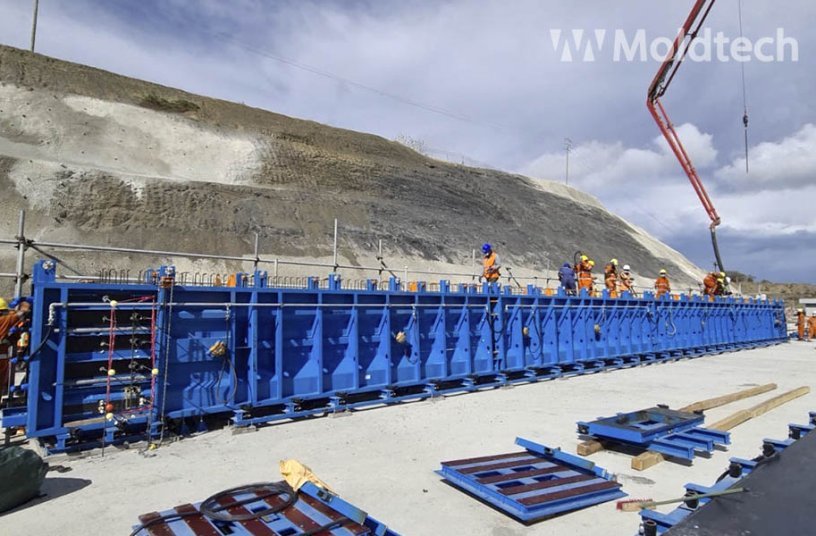 Apart from the Aastho girders moulds,  the client also requested so-called plank moulds which fabricate pre-stressed hollow core deck slabs. The hollow core is achieved by inserting void formers for which Moldtech designed a special tooling to compensate the uplift force and keep these formers in place.

A total of 130 meters of casting bed was delivered together with 8 hinged mould sides with height of 60cm and a length of 14.7 meters. The stressing head has a capacity of 435 tons and includes slackening cylinders for the de-tensioning of the strands prior to cutting them.

This project places Moldtech again in a privileged position with regards to road infrastructure after concluding a mega project last year in Romania also related to bridge construction.