The D4R7-Bratislava project in Slovakia includes the construction of 27 km of the D4 Motorway and 32 km of the R7 Expressway, as well as 14 intersections, and more than 100 bridges, including the sizeable Danube Bridge, with a surface area of over 100,000 square metres. It represents the largest public-private partnership (PPP) in the history of Slovakia.

The R7 is a new arterial roadway, a dual-carriageway with two lanes in each direction that joins the city centre of Bratislava with Holice, to the southeast. The project will improve local traffic conditions, as well as transportation with neighbouring countries, thus increasing opportunities for economic development.

The project’s main structure comprises two bridges spanning the Danube and the Kayak Rivers. The main span of the Kayak Bridge is 210 m, while that of the Danube is 170 m. The total length of the bridges is 900 m as they are connected to each other. 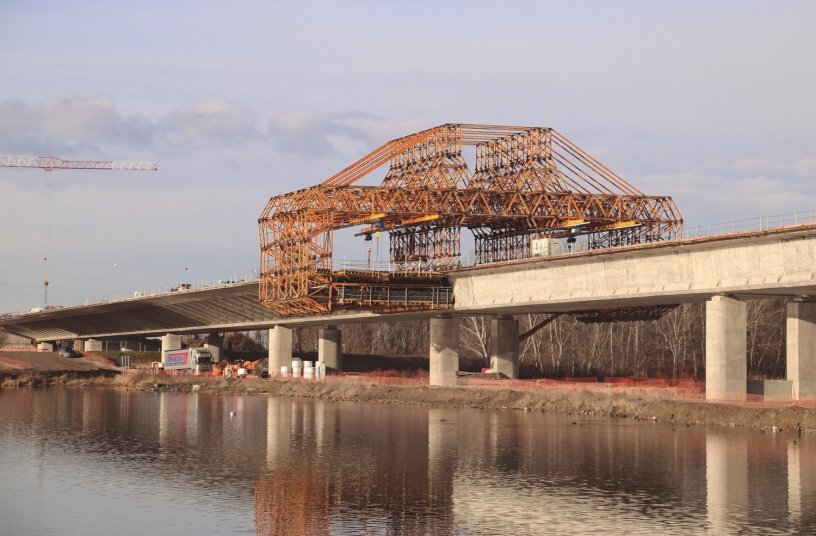 ULMA provided engineering solutions and material for the deck flanges, pier segments, and piers. For the deck flanges, three Composite Bridge Formwork Carriage MK were employed. Made completely of standard MK System components, the MK Formwork Carriages easily adapted to the exact dimensions of deck measuring 34.5 m in width, thus assuring maximum efficiency and profitability. These carriages made it possible to pour the flanges measuring 10 m each, in 20 m sections, with an average cycle time of 5 days.

The Flange Carriage is a three-dimensional structure formed by parallel planes of MK Trusses, which are separated from each other by the longitudinal distance required by the length of the pour. The MK Trusses are joined together on a frame that is set on the previously completed central deck. 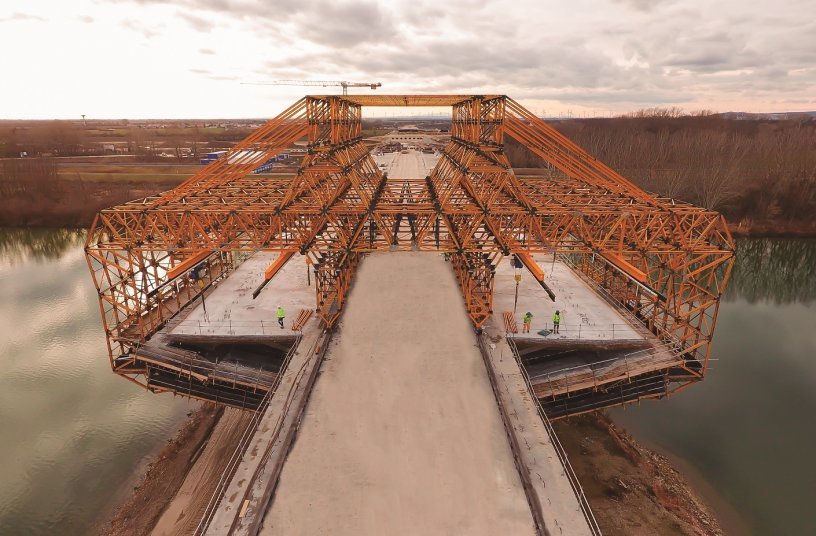 The carriages require a crane only for their initial placement on the deck. Composite Bridge Formwork Carriage MK use mechanical screw jacks for placement, hydraulic cylinders for longitudinal advance to the following pour, and a rotation system, also with hydraulic cylinders, that makes it possible to navigate the bridge piers.

The pier segments for the approach spans are quite sizeable, the largest being over the Kayak River with 20 m in length, 16.3 m in width, and 13 m thick. The total weight of concrete to support is 1,600 tonnes, and the structure was poured in four separate phases. ENKOFORM HMK was used for this part of the project, given that it can be adjusted to different sections and used in different configurations. For the curved areas located above the piers, metal formwork was used.

The formwork structure was supported by T-500 Towers, which transmit the piers’ load to the footing. 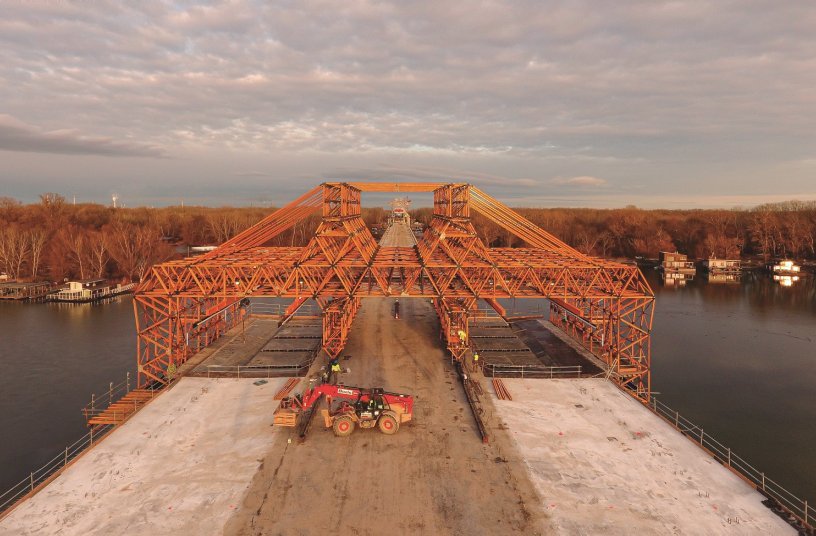 The tallest pier over the Kayak River is 9.1 m in height. It is composed of two inclined columns, circular and rectangular respectively, and joined by a pier cap at the top. ENKOFORM VMK was used to create the varied pier geometries, and made it possible to complete the structures in two pours.