Liebherr designed its 8-axle LTM 1450-8.1 crane for worldwide cost-effective mobility and fast, easy setup on site. It is capable of travelling on public roads with a 12-tonne axle load including its complete 85 metre telescopic boom, all four outriggers and the hoist winch. This enables it to be prepared for use very quickly once it reaches the site. It also means that two of these fast-erecting cranes completing hoists in tandem can sometimes be more economical than using a single large crane. In fact, this is a recurrent theme at crane and heavy haulage specialist Franz Bracht Kran-Vermietung GmbH.

One LTM 1450-8.1 travelled from the Recklinghausen site and its twin from Bracht’s Duisburg site, each with 124 tonnes of ballast, to dismantle an 80 year old crane track in Duisburg port. The weight of the steel structure was quoted at 200 tonnes. However, soon became apparent on site that the crane track was significantly heavier than this. It was therefore decided to remove an overhang weighing 30 tonnes using flame cutters, whilst it was being held by one of the two LTM 1450-8.1 cranes, which then placed it on the ground. 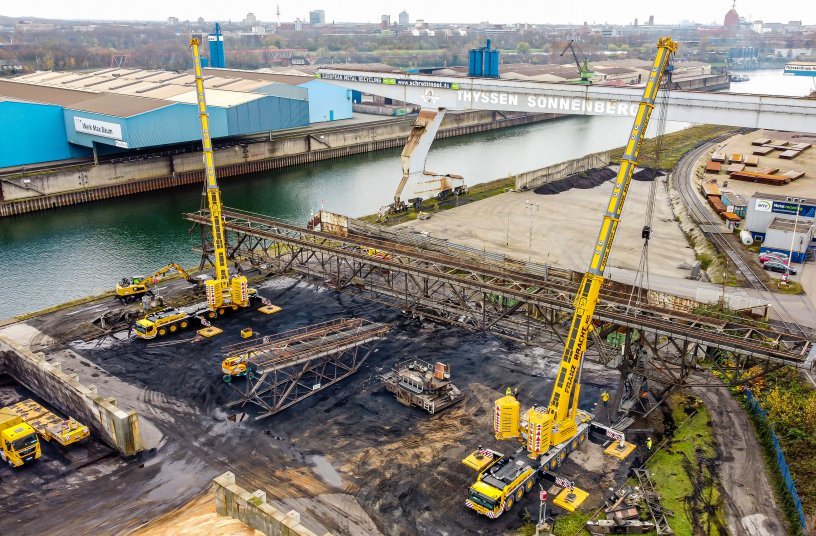 The remainder of the construction, which then weighed around 200 tonnes, was dismantled as planned in a tandem hoist by the two 450 tonne cranes without any problems. This was a genuinely quick job – the two cranes were ready to go at six o’clock in the morning and the whole job was finished by three in the afternoon. 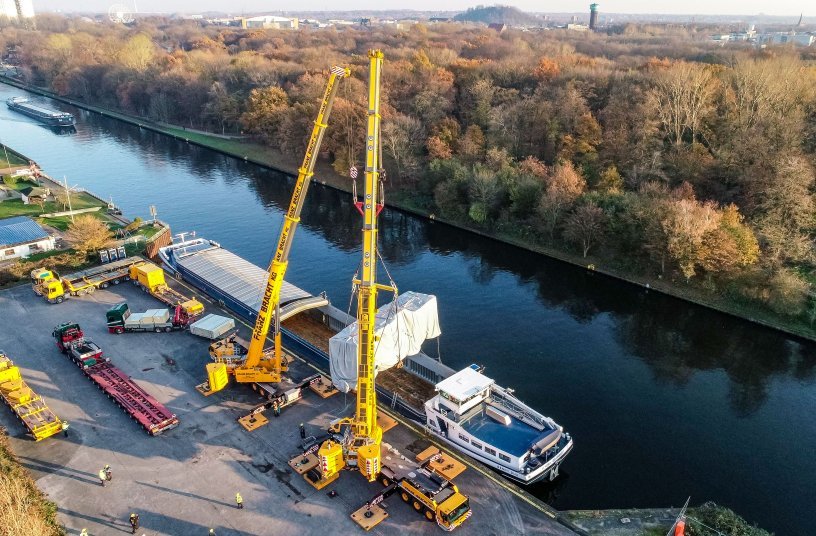 Exactly one week later and around 20 kilometres away, the LTM 1450-8.1 from Duisburg shared a heavy load job with an LTM 1400-7.1 from the company’s Unna site. A 110 tonne turbine had to be hoisted out of a barge at the port of Oberhausen. With lifting tackle and a triangular yoke, this meant that the gross load was 120 tonnes which the two cranes had to manage at a radius of 15.6 metres.

The heavy load had to be slewed between the two cranes from the barge onto the heavy haulage vehicle sensitively and with a great deal of finesse. From attaching the load to placing it on the vehicle, the hoist lasted just 45 minutes – a quick job by any measure. 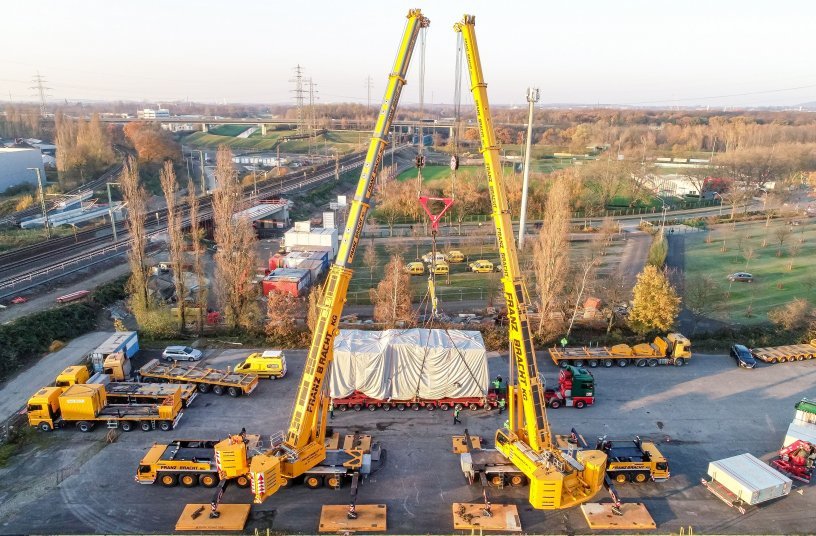