Liebherr develops injection systems for hydrogen combustion engines used in on- and off-highway applications. Robustness against dust, dirt and vibrations, as well as other harsh environmental conditions are but a few of the key requirements. Peak power and dynamic load changes are among the other challenges for H2 combustion engines. Coming close to the diesel engine in terms of performance and drivability, in all applications, is one of the biggest challenges yet. Liebherr's system-oriented approach to hydrogen injection combines various components to con-trol pressure and flow. This enables the same driving characteristics as a diesel, while maintaining a sturdy system design.

Liebherr is presenting a hydrogen direct injection system for heavy-duty internal combustion engines at Bauma 2022. With this technology, the Group is pursuing a concept aimed at achieving a maximum power density that is no longer inferior to that of a conventional combustion engine. Hydrogen-based drives are one important part of Liebherr's technology-open work on alternative drive concepts.

Hydrogen direct injection: What's behind it?

The aim of matching the performance of an H2-DI engine to that of a diesel engine requires the system to be capable of ensuring high flow rates. Due to the low density of hydrogen gas, the injector needs large valve cross-sections. To enable a precise control of even the smallest quantities, the system pressure must be regulated with pinpoint accuracy. In Liebherr's H2 injection system, this is achieved by means of a gas volume control valve. Additional attention is given to minimal nozzle leakage from the injector. At best, the injector should be gas-tight.

"To achieve the same drivability with a H2 system as with a diesel, the hydrogen injection system must be optimally aligned with the engine's torque and power", explains Richard Pirkl, Managing Director of Technology and Development at Liebherr-Components Deggendorf GmbH. "This means that during the transition from idle to full load, the necessary amount of fuel and the corresponding system pressure must be made available as quickly as possible." 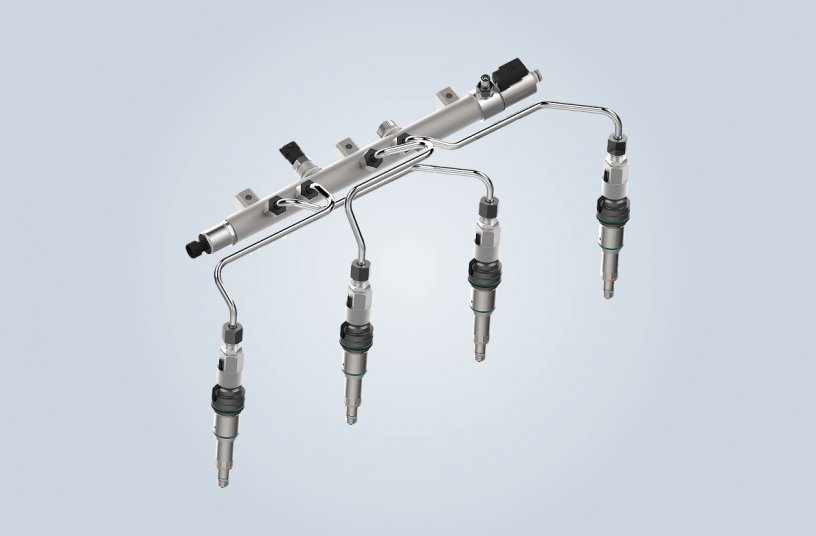 Liebherr's H2 injection system is designed to provide extremely fast and accurate pressure control, regardless of fuel tank position, machine size, layout or engine installation. This design provides a two-stage pressure control. While the first stage initially stabilises the variable pressure from the fuel tank, the second stage fine-tunes said pressure. The injection pressure is controlled by activating the gas-metering valve via the electronic control unit (ECU). The ECU controls the gas-metering valve by a closed-loop feed-forward controller. Custom-developed hydrogen-specific software modules can be integrated into third-party application software and/ or control units.

"The H2-DI system is designed to operate without an electronic pressure release valve. The idea behind it is to keep the system as simple as possible, whilst avoiding the release of any hydrogen gas into the atmosphere during operation", Richard Pirkl summarises.

The injector: a key component

"The injector is the most sophisticated and, at the same time, performance-determining component of the hydrogen fuel system", explains Pirkl. The overall dimensions of Liebherr's H2 LPDI injector are very similar to those of diesel injectors for heavy-duty commercial vehicle engines. In particular, the critical maximum outer diameter is within the same range as for diesel injectors.

In the current sample stage, the injector can be equipped with various hydrogen connections by means of a screw-in insert. Two basic variants of the injector head (radial and axial H2 inlet) allow for different installation situations. To ensure the correct spray pattern and jet direction, the injector nozzle is equipped with a diffuser cap. "It is interchangeable in the sample stage and allows cost-effective testing of different variations to define the best configuration. Using a screw solution, the diffuser cap can be easily replaced", says Richard Pirkl.

The injector is opened and closed via a needle that is directly activated by the magnet. To meet the target housing dimensions, the magnet grew thoroughly in size. The challenges thereby were to achieve sufficient magnetic force for direct activation, while matching the critical external dimensions in the magnet area to the engine manufacturer's requirements. Multiple simulations of different magnet concepts, materials and installation situations accompanied the process. The magnet force is now tuned in such a way that, on the one hand, proper opening of the injector is possible and, on the other hand, the closing delay is reduced to a minimum.

"An additional key development goal was to control the hydrogen injector with the existing control units of diesel engines and with the current standard profiles already known from these applications", Pirkl summarises.

Test results at a glance

As previously mentioned, the tightness of the injector against hydrogen is one of the biggest challenges in the development of H2 components. Tests on a vacuum leakage test rig show very good results for Liebherr's current injector concept.

"Measured injection rates of the current sample stand already show extremely stable progressions. Overall, the injector displays a good opening and closing behaviour", explains Pirkl. "On the functional test bench, we have been able to show good controllability of the injection rate at different pressure levels. The required minimum injection rates of ~2.5 mg per stroke are achieved at 10 bar rail pressure".

Liebherr has carried out all the tests with a completely dry-running injector without any addition of lubricating oil. Since the injector was developed exclusively for hydrogen and, thus, no concepts and parts of a natural gas or gasoline injector platform were used, the focus was on the dry-running capability of the moving components. The Liebherr team in Deggendorf is currently undertaking endurance testing. 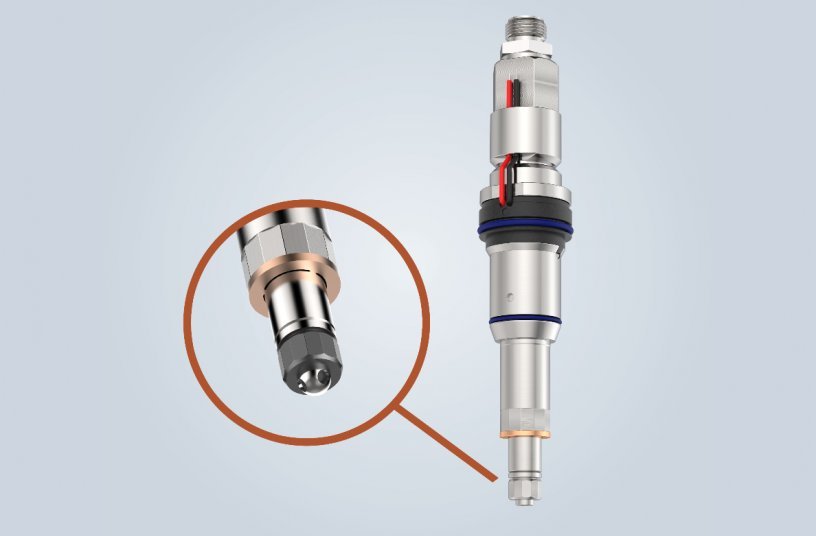 Hydrogen direct injection is particularly well suited for applications with high demands on dynamics and power density within a limited installation space. Initial tests have shown that hydrogen DI is a feasible concept, which Liebherr in Deggendorf is planning to pursue further. "Product validation will be one of the most important tasks in the development of hydrogen fuel systems in the future", says Richard Pirkl. "The next steps are to optimise the low-pressure DI system in terms of injection stability and dynamic performance. Based on the low-pressure DI system for heavy-duty engines, we are also developing and testing a system with higher flow rates for larger engines", concludes Pirkl.

In parallel, Liebherr is working on PFI injectors. The system approaches for intake manifold and direct injection use a common, scalable injector platform as the basis. With this extensive product portfolio, Liebherr meets a wide range of engine requirements and enables a broad spectrum of applications for medium- and heavy-duty engines, as well as large engines.