PALFINGER: Noise reduction on Truck Mounted Forklifts thanks to the new Silent Pack

Compact, powerful, and now low in noise emission too: thanks to the Silent Pack developed by PALFINGER, truck mounted forklifts in the F3 151 series now carry their loads with a lot less noise. The Silent Pack uses innovative engineering to achieve measurably lower noise levels.

Whenever the need to transport beverages in crates, cases, trays, or boxes the PALFINGER F3 151 truck mounted forklifts are the solution. They are always where the action is, ensuring complete independence during unloading. These “lightweights” can be operated with exceptional precision and boast outstanding lifting power of 1,500 kg. They are also extremely light and maneuverable. Above all, the truck mounted forklifts come with the specially developed Silent Pack as an optional extra. The Silent Pack significantly lowers noise emission, thus meeting the growing demand for increasingly low-noise machinery. This facilitates or even makes it possible to deliver in residential areas and in the early morning hours. 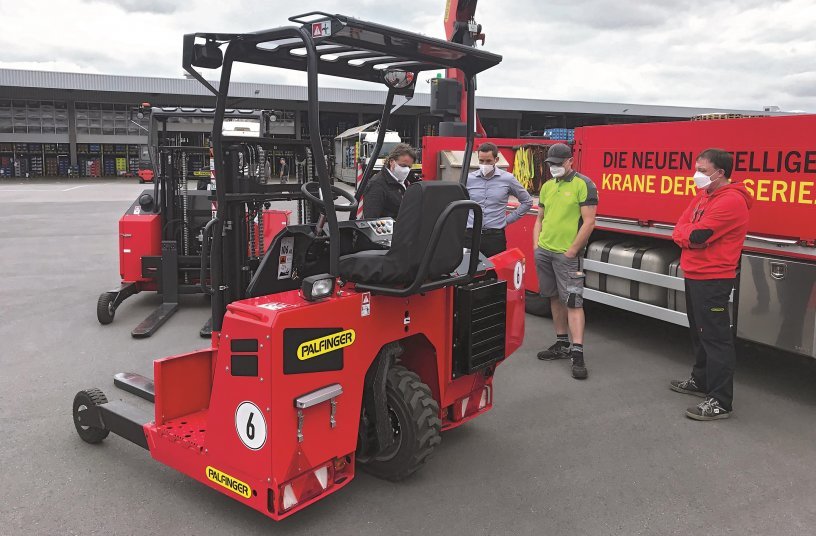 During work on the technology for the Silent Pack, the engine’s cooling air intake was redesigned, which reduced the noise generated by suction fan and cut the noise emitted by the engine further still. In combination with larger flange surfaces, reinforced engine support brackets curb the transfer of vibrations into the main frame, thereby reducing further noise caused by vibrations. This effect is heightened by the hydraulic engine mount which is also built in. Furthermore, the sound-insulating materials developed for the engine compartment with an Austrian specialist from the automotive industry and the completely re-engineered muffler significantly cut noise levels.

“Our truck mounted forklifts are continuously optimized.”, says Franz Hettegger, TMF product manager at PALFINGER. “They’re becoming even smaller, more powerful and audibly and measurably quieter,” he adds proudly. The truck mounted forklifts from PALFINGER therefore provide the ideal solution for the challenges facing the logistics departments of breweries, drinks manufacturers, and distributors. The Silent Pack solution is already available to order as an additional feature for the popular F3 151 truck mounted forklift series for the beverage industry. 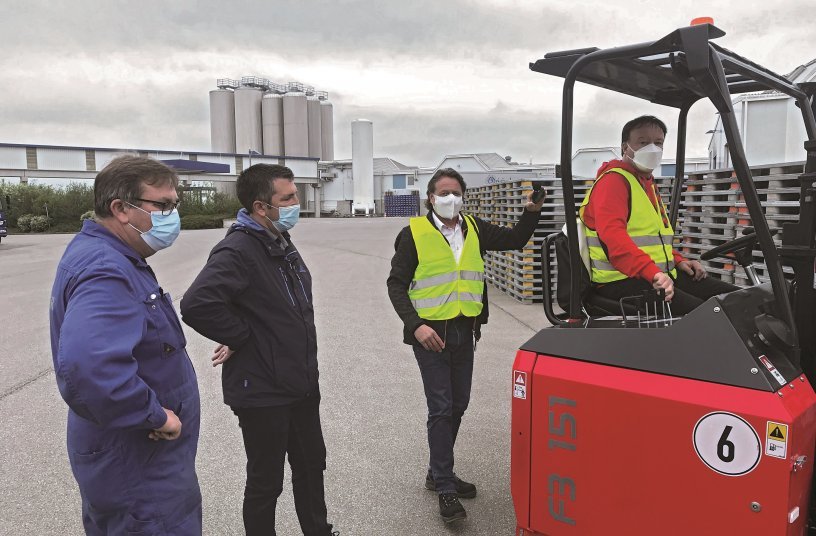 Smart Control by PALFINGER: Controlling the tip of the crane more ...

Night shift in Leipzig: everything well on track