In Austria, work is currently proceeding at full speed on the "Salzburg line", the country's most important electricity infrastructure project. The Salzburg line runs for a total length of 128 kilometres through the province of Salzburg in partly alpine terrain. The Liebherr mobile cranes working on the construction of the massive electricity pylons have had to access sites at altitudes of up to 1800 metres above sea level.

A Liebherr LTM 1160-5.2 mobile crane from Austrian crane contractor Prangl GmbH has been working on the construction of electricity pylons in the Austrian mountains since February this year. The crane has had to be set up in various configurations depending on set-up area for it and the height of the pylon being erected. For the highest pylons, the LTM 1160-5.2 is set up with its maximum configuration. “Three telescopic extension each measuring seven metres on the 62 metre boom and the 19 metre double folding jib enable us to reach a maximum hoist height of 99 metres”, says Oliver Thum. He is planning and managing this extensive, challenging job for Prangl in his capacity as a Technical External Services Specialist at the company. "We have bought a telescopic extension specially for this job. We have obtained two others from one of our other Liebherr cranes from our branch in Vienna.” These telescopic extensions can also be used for all current LTM models with lifting capacities from 100 to 180 tonnes. These lattice boom elements are even fully compatible with the LTR 1100 telescopic crawler crane. 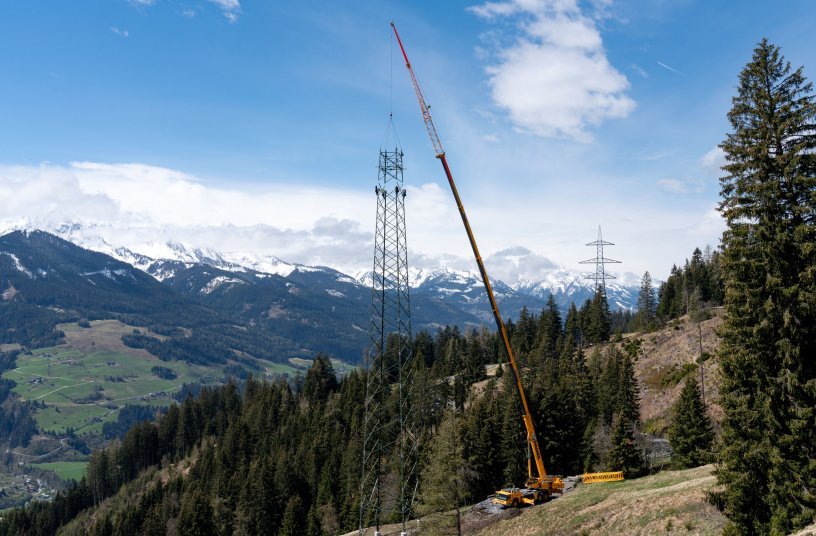 The crane job in the Austrian mountains will last into summer 2022 – with a few months off for a winter break. “On some occasions we actually had to put snow chains on our crane to get to the site. But we always have them with us anyway”, says Thum about this extraordinary job in the mountains where the teams had to work in snowy conditions even in May. In addition, some of the access routes for the mobile cranes involve climbing extreme gradients. “The steepest access route that we had to cover with the LTM 1160-5.2 was around 23 percent.” An LTM 1090-4.2, which, along with an LTM 1070-4.2, is also being used sporadically for this job, even had to climb access routes with a gradient of 26 percent.

On the sites themselves, the cranes generally had to manage with extremely restricted set-up areas. The highly flexible VarioBase® support system, which all three of the Liebherr mobile cranes used for the job 2/5 feature among their equipment, managed to overcome even restricted conditions without compromising safety or lifting capacity. 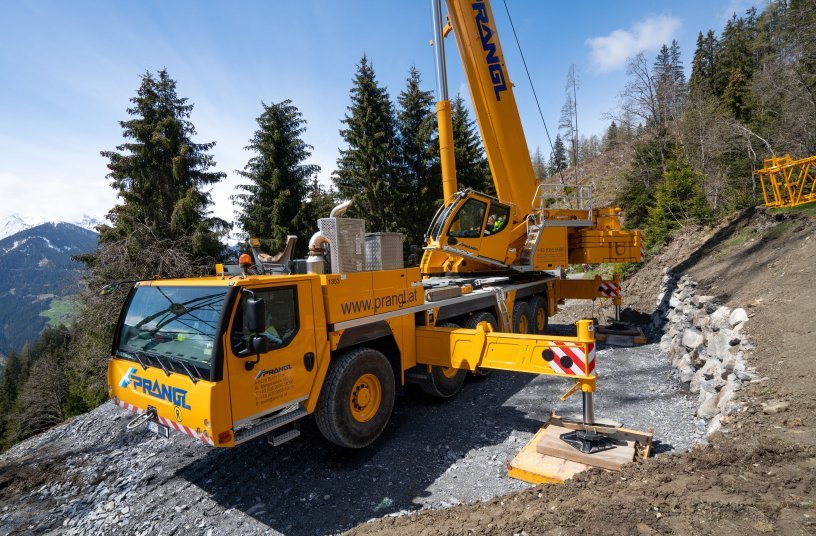 Some of the sites in the mountainous region, however, could not be reached at all with the off-road cranes. In these cases, the pylons had to be erected with the help of helicopters or using cable cars. A Liebherr crane completed the erection work lasting several days at all the other sites, however. The weight of the components of the massive pylons, which will later support high voltage cables carrying 380 kV, is up to eight tonnes. “We still have lots of pylons to install – we will certainly be working here until well into next summer”, says Oliver Thum. 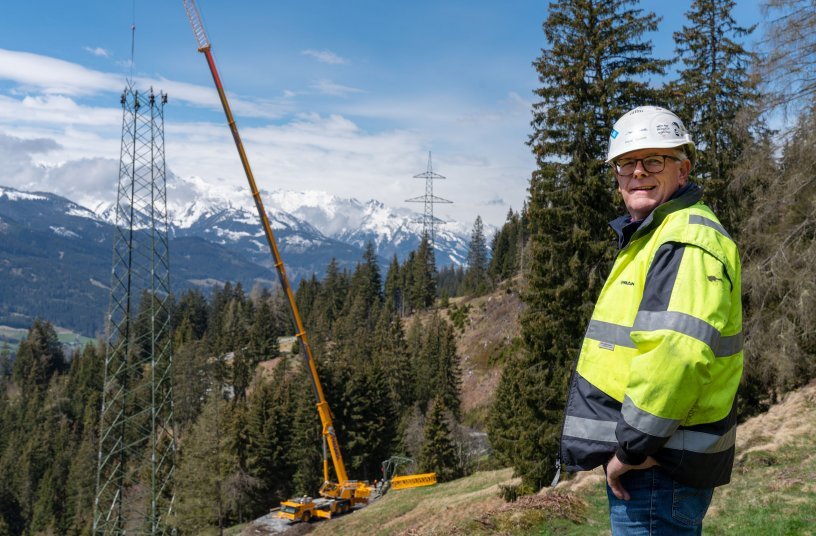 So Prangl’s yellow cranes will continue to be a common sight on the partly non-metalled tracks up to the treeline. Family-run Prangl GmbH was founded in 1965 currently has a workforce of around 700, and in addition to six sites in Austria, also has offices and outlets in Hungary, Slovenia, Croatia, Bosnia and Herzegovina as well as Sweden. The specialist heavy haulage, transport and lifting logistics contractor has a large fleet which includes more than 80 Liebherr mobile cranes.