A pioneer and leader in the development of alternative fuel engines with more than 20 years of experience and over 70,000 natural gas engines sold globally to date, FPT Industrial presented at Agrishow 2022 – held in Ribeirão Preto (São Paulo, Brazil) from 25 to 29 April – a full range of solutions to implement a zero carbon footprint agricultural virtuous cycle.

In Brazilian agribusiness, one in three tractors and one in two harvesters sold are fitted with FPT Industrial engines, consolidating the company’s presence in the regional agricultural market.

The major new launch during the fair was the biomethane-powered irrigation motor pump for applications such as drainage (vinasse) and agricultural irrigation. Developed with partner TMA, it is equipped with the N67 Natural Gas engine and offers, in addition to the numerous advantages of using renewable energy, a cost reduction of up to 80% compared to a standard diesel engine. 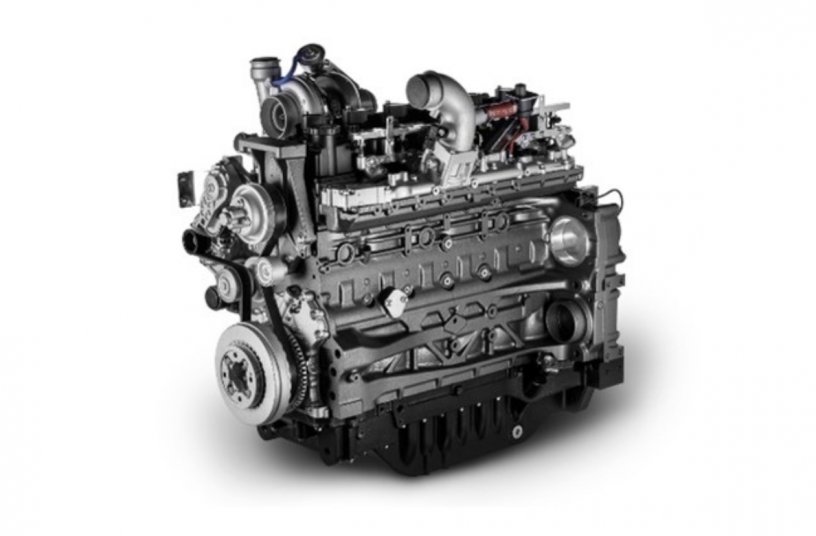 The technology gives rural producers the possibility to use biogas generated inside the property to supply the equipment or other vehicles in the production phases – such as tractors and trucks –, leveraging the so-called virtuous cycle. This is all achieved with a zero-carbon footprint, since biomethane is produced by the biodigestion of agricultural residues. In addition to reducing operating costs, it promotes independence by making production and fuel use self-sufficient.

Moreover, the biomethane-powered irrigation pump is also being tested with one of the largest sugar, ethanol and bioelectricity producers in Brazil with the Cursor 9 Natural Gas engine. Both engines received specific electronic parameterization to work with biomethane, delivering a cost reduction of up to 80% compared to a standard diesel engine. The pump was presented at Agrishow 2022 as a prototype; production models will be available soon. 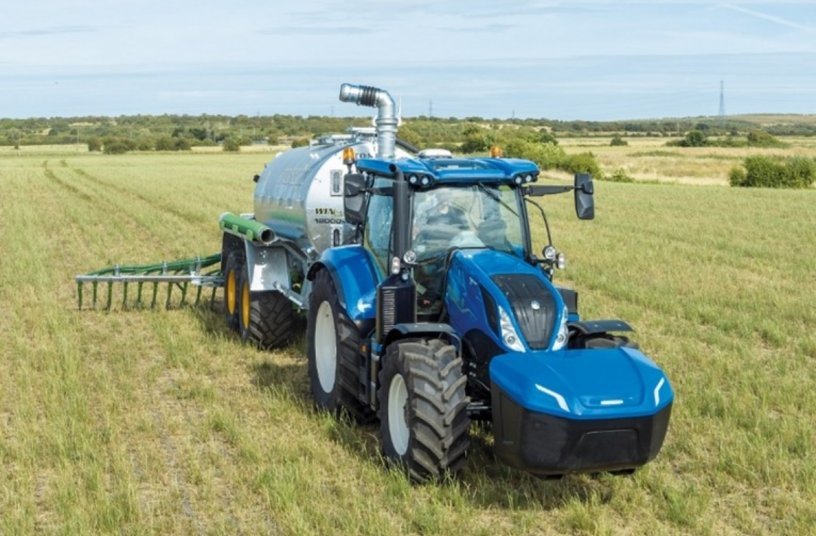 Tractor ebgine of the year in the sustainable category

Exhibited at the New Holland Agriculture stand and recently named “Tractor of the Year” for 2022 in the Sustainable category, the New Holland T6.180 Methane Power is the only mass- production biomethane tractor on the market. Powered by the six-cylinder FPT Industrial N67 NG engine with 180 hp and 740 Nm of torque, it delivers the same performance and durability as its diesel equivalent.

Under real working conditions, emissions are reduced by up to 80% compared to a conventional tractor, offering numerous environmental advantages, with up to 30% lower operating costs and less vibration. On sustainable farms, biomethane can be produced from a waste biogas or biomass plant. Within the virtuous cycle, waste products such as cattle manure also become valuable fuel sources. As well as ensuring cleaner handling when refueling and during combustion in the engine, biomethane is a readily available fuel, allowing farmers to start reducing their CO2 footprint right away. 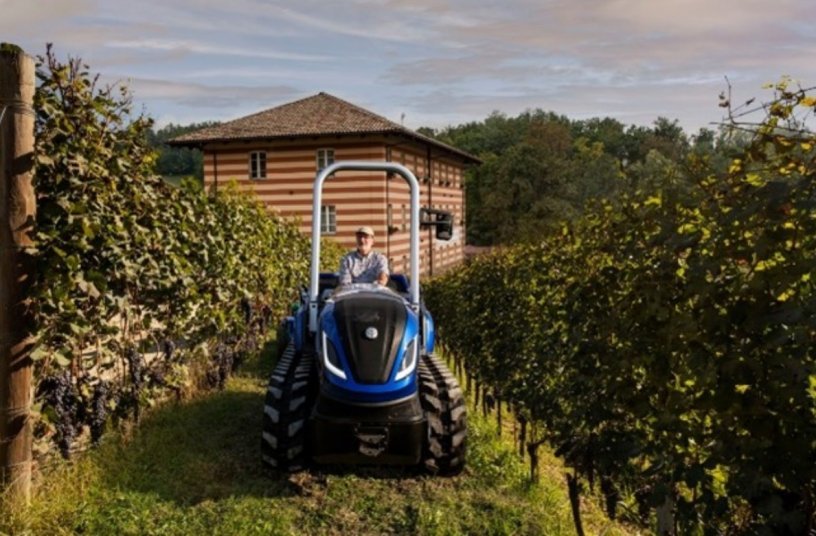 Joinning forces for a zero-emission harvest

FPT Industrial teamed up with the award-winning Fontanafredda winery to achieve the first zero-emission Barolo wine crop by 2025 using the FPT Industrial F28 NG engine, fitted in a New Holland TK Methane Power crawler tractor prototype. Awarded “Engine of the Year 2020”, this engine runs on biomethane, delivering a power of 75 hp with a torque of 360 Nm. This zero-emission engine guarantees, in a completely safe manner, equal performance to its diesel equivalent, even when working on the steepest slopes and in the typical terrain of the best vineyards in the Langhe wine region in Italy.

“Generating energy from biogas has become an extremely advantageous option for producers who leverage sustainable technologies to increase productivity and reduce operating costs,” comments Edinilson Almeida, Product Marketing Specialist at FPT Industrial for Latin America. “Our engines offer all the advantages of traditional heat engines, including proven reliability; they have a total cost of ownership that is competitive with diesel, at a lower cost; moreover, biomethane can be generated as a renewable fuel for organic waste, reducing CO2 emissions to practically zero,” explains Almeida.

Remanufacturing engines with a factory warranty

Available for agricultural and construction machinery, the Original Reman FPT Industrial delivers increased uptime, cost savings, and the same performance and quality as a new engine, at a competitive price. The remanufacturing process complies with all technical and approval specifications for new FPT engines, with a one-year factory warranty. The line includes 29 models from the S8000, NEF (N45 and N67) and Cursor (Cursor 9) families of Case IH, CASE, New Holland Agriculture and New Holland Construction equipment. 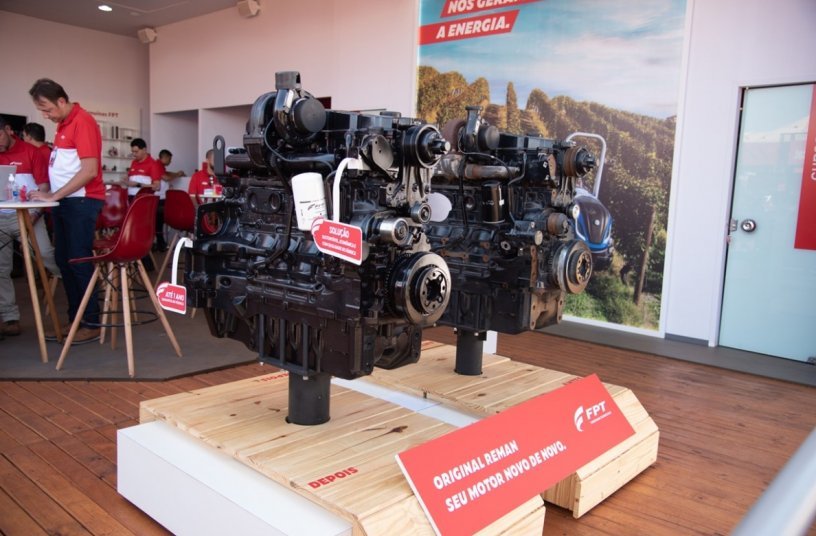 “Brazilian agribusiness demands the most modern and efficient products on the market. Our constantly evolving engines provide maximum energy and uptime with the lowest operating costs,” remarks Marco Rangel, Vice President of FPT Industrial for Latin America. “The supply to new partners such as Volkswagen, Futurjet and HORSCH, as well as our leading role in Euro VI and Original Reman reaffirm our commitment to developing innovative and competitive solutions for our customers,” Rangel stresses.

FPT Industrial powers the sustainable 2022 “Tractor Of The Year”