Eight years after the launch of the project, the DUO Towers in Paris, France, have finally broken the horizon. Designed by Atelier Jean Nouvel for Ivanhoé Cambridge and built by Bateg, part of VINCI Construction France, the project consists of two asymmetrical and unaligned towers.

At 180 and 122 m high, the two towers will offer a total of 106,968 m2 of floor space, of which 97,386 m2 will be offices. The remaining space will be used for shops, a hotel and a panoramic restaurant and bar. Once complete later this year, the DUO Towers will reshape the skyline of the 13th arrondissement, which has been undergoing major redevelopment over the last 20 years.

Bateg chose a Potain MDT 319 and MRH 175 to help realize the DUO Towers project for their quality and flexibility, as well as the outstanding support of the Manitowoc Lift Solutions and Crane Care teams, who designed a special solution for this challenging jobsite.

The climbing MDT 319 crane rests on the building, which raises it up as it constructs one of the skyscrapers around it. The Manitowoc Lift Solutions team configured the crane so that it could be installed in the stairwell of the tower under construction and, therefore, not resting on a building base. The Manitowoc Crane Care technicians then installed frames to support the crane inside the empty column, which were moved several times to allow the hoisting operations. 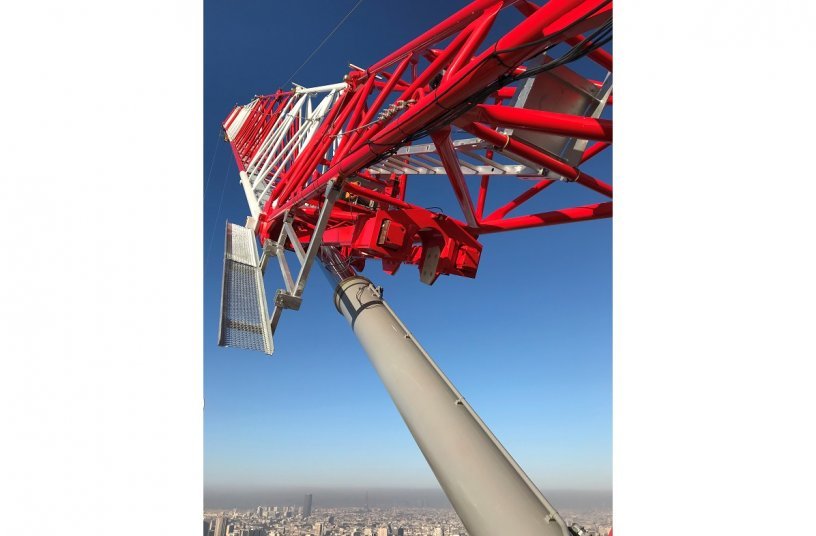 The MRH 175, meanwhile, was installed on the higher of the two towers at a height of 180 m. This crane was required to finalize the structural work for the tower and proceed with the installation of the metal structure at the top of the tower. The MRH 175 hydraulic luffing jib was particularly well suited to this job as its innovative design makes the crane very easy to install, which was key for the planned installation at 180 m above ground. Its smooth but efficient hydraulic luffing motion was also a key factor when selecting the crane. This, together with its reduced out of service radius, make the crane ideal when space is constrained.