“Chosen for the maximum lifting capacity of 8 and 10 tonnes respectively matched with excellent performance on jobsites of this nature, the cranes are also all fitted with the Raimondi Deluxe R16 crane cabin, and in terms of technology have the company’s latest iterations,” he added, noting that each crane erection took one day involving four staffing groups. 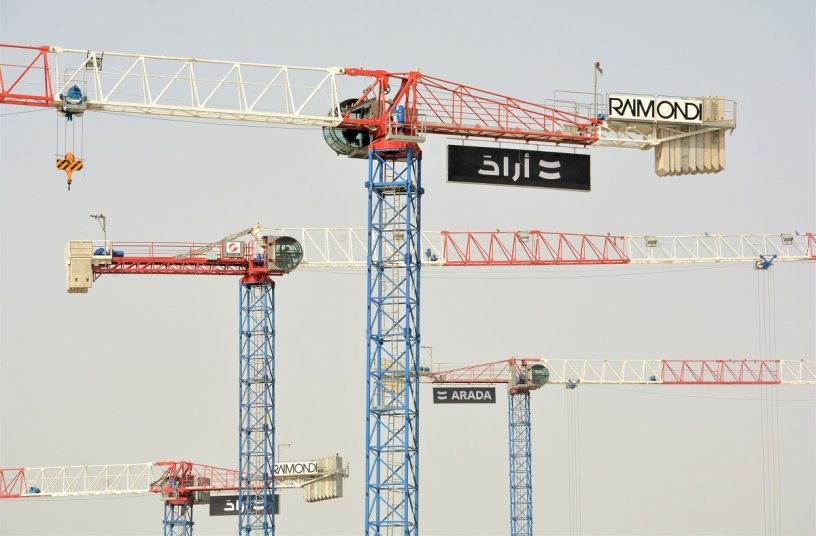 The MRT111s, currently at work with jib lengths ranging from 42 to 50 meters, are freestanding with a Height Under Hook (HUH) between 38.55 and 47.2m. The MRT111 remains one of Raimondi’s most popular models due to its versatility in tower height and its high-performance hoist speed and tip load.

The Raimondi MRT159s, also freestanding with a HUH ranging between 31 and 47.2 meters, boast jib lengths going from 42 to 50 meters. One major boon of the MRT159 flattop is that it arrives onsite with all parts preassembled, ropes passed, and rope connections installed, facilitating easier onsite integration and installation.

“Due to the layout of the jobsite and the substantial number of cranes operating simultaneously, the project presented specific challenges. First, Raimondi Middle East Operations and Technical departments had to strategically study the cranes’ erection and positioning site plan to ensure machine efficiency and safety. Secondly, we were focused on speedy delivery and installation to meet the client’s needs,” continued Hasan. 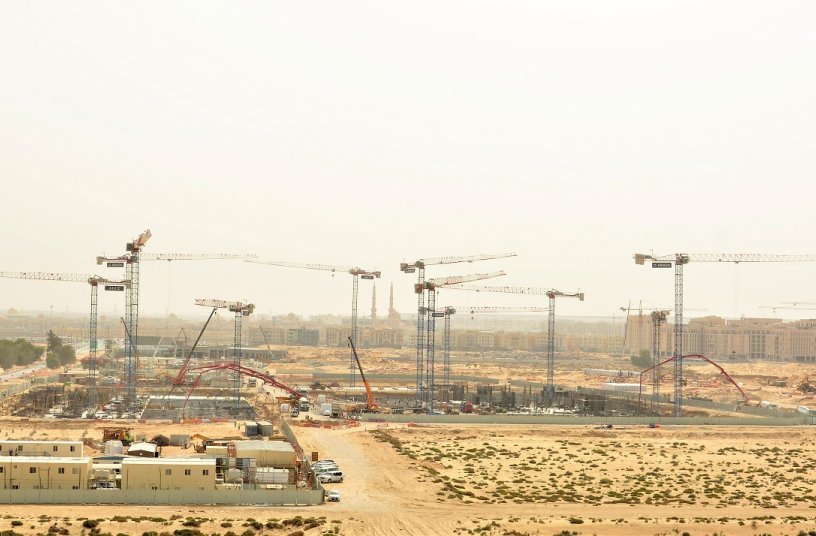 The cranes, positioned across three different plots on the large-scale development, will lift site materials as part of the development’s ongoing construction over the next year. Hasan confirmed that Raimondi has previously installed more than fifteen Raimondi tower cranes at Aljada; “We are very proud to keep working with one of region’s most influential master developers.”

Aljada, with a masterplan inspired by some of Sharjah’s most noted heritage districts, is Sharjah’s largest ever project with a sales value of AED24 billion. East Village, which constitutes the second residential phase of the district, will contain 16 buildings, 2,000 residential units, commercial and recreational activities.