Tunnel approach for the A26 Danube Bridge, Linz, Austria.

The A26 project is one of the most important infrastructure projects in the Austrian city of Linz and the surrounding area with the goal to ease congestion on its urban transport network. The key to success during the project implementation stage was a PERI engineering solution that was innovative, safe and efficient in equal measure, coupled with comprehensive project support. The highlight: The first fully hydraulic tunnel formwork carriage with a caterpillar drive in Austria. 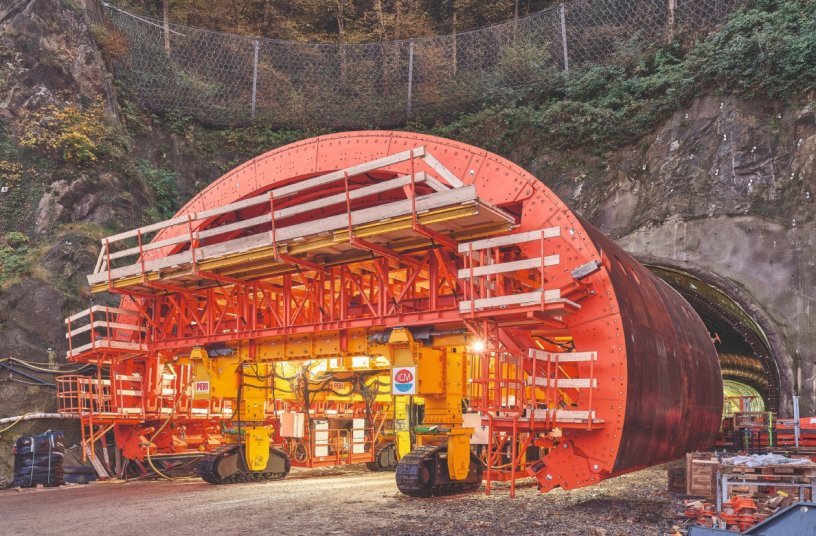 Tunnel construction work to the north and south of the Danube for the access and exit routes for the new Danube bridge has been in progress since May 2020. A large section of the tunnel runs underground so that the noise and pollution in the urban area are reduced to an even greater extent. Five different tunnel cross-sections, profile transitions, tight radii of between 50 m and 750 m in the bends, and varying gradients: these were just some of the challenges that had to be overcome when constructing the 1,600-m-long access tunnels for the new suspension bridge over the Danube. 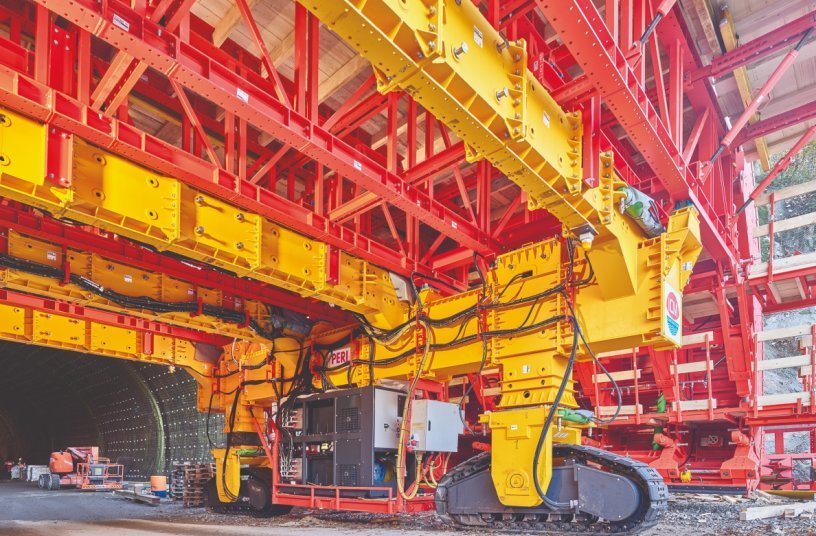 The construction company’s top priority during the project execution phase was solution-oriented and collaborative working methods. In view of this, PERI engineers developed Austria’s first customised and fully hydraulic special-purpose steel formwork carriage with caterpillar drive and a weight of 250 t. This alone was enough to produce the different cross-sections in a total of 170 concreting sections. The special feature: Given the fact that the very tight curve radii made it difficult to transport the formwork carriage, an innovative caterpillar system was used to move it. In addition, the formwork carriage impressed with its considerable dimensions of 8.07 m in height and 14.50 m in length as well as 10.70 m in width when ready to move and 11.20 m in width when ready to pour concrete. 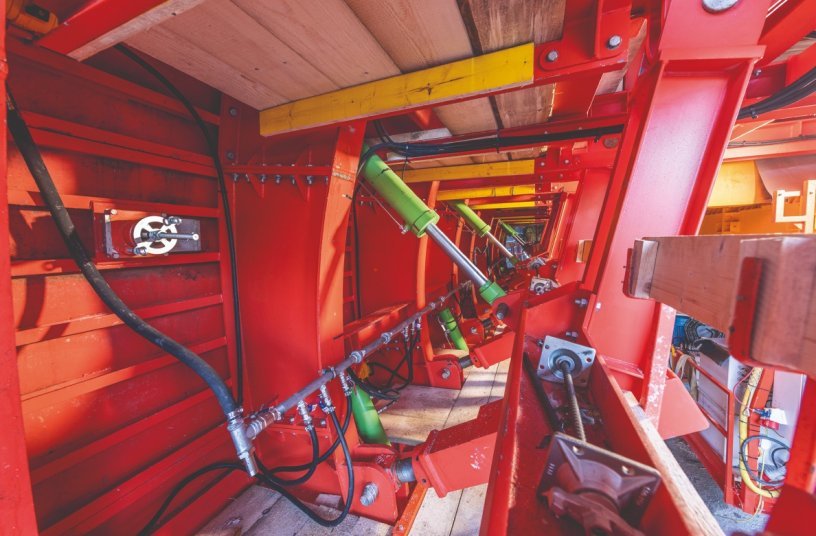 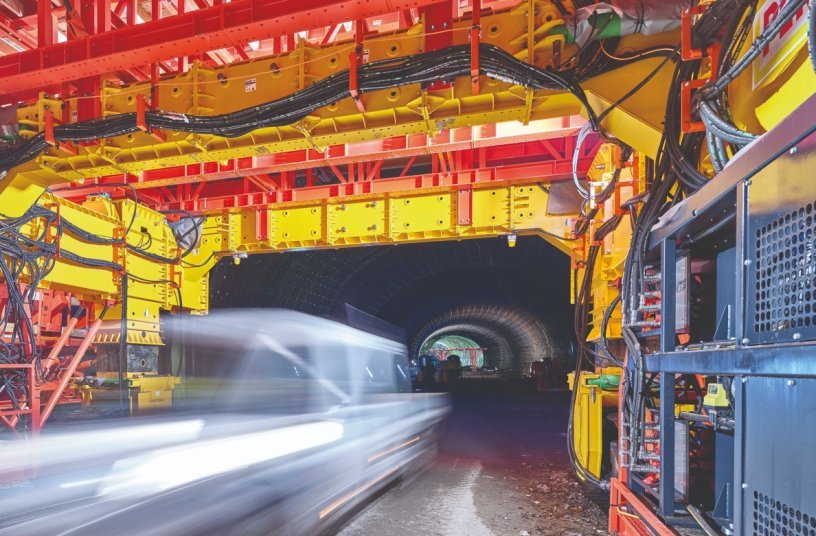 Mobile assembly and reinforcement carriages based on VARIOKIT

Before the tunnel formwork carriage was called upon, a mobile 6-m-long assembly carriage with rubber tyres and electric motor was used for the sealing work. This was followed by a reinforcement carriage adapted to the block length of 12 m, the principle of which is similar to the sealing carriage. Both carriages consist of a stable VARIOKIT base frame on which a PERI UP scaffold, adapted to the cross-sections, was erected. This made it possible to convert and relocate the carriages quickly and cost-effectively. What’s more, the erected PERI UP scaffold served as a work platform for the site personnel. In the end, the drive was controlled by an integrated hydraulic system. 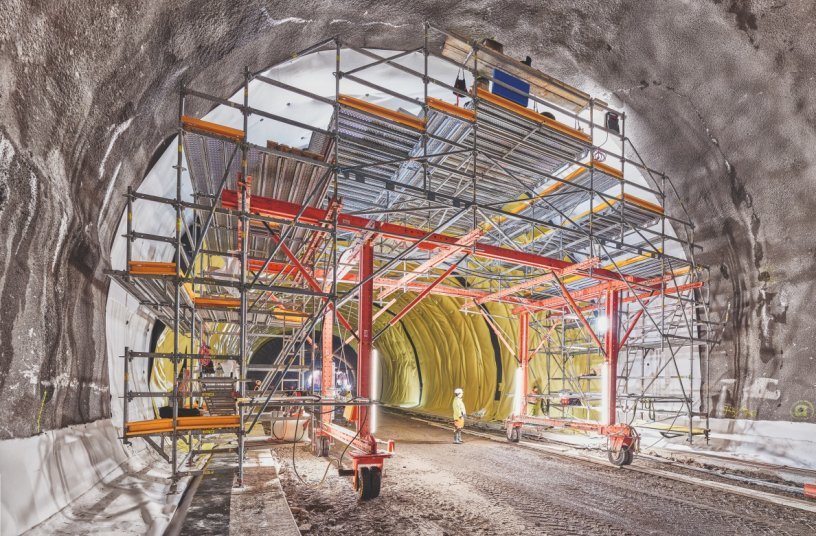 Engineers from PERI Austria and the PERI Infrastructure Sales Support Unit worked together to develop a project solution that was tailored to all the customer's needs, combining an innovative and economical solution with outstanding product quality and customer service. Due to the complex geometric circumstances and other challenging boundary conditions, the customer was looking for a concept that would result in as much optimisation as possible. PERI was intensively involved as early as the planning stage, providing solution-oriented input. When it came to the operational implementation stage, there was constant communication between the parties, which meant that the formwork systems could be used in the optimum manner on the construction site and that the project was completed on schedule. 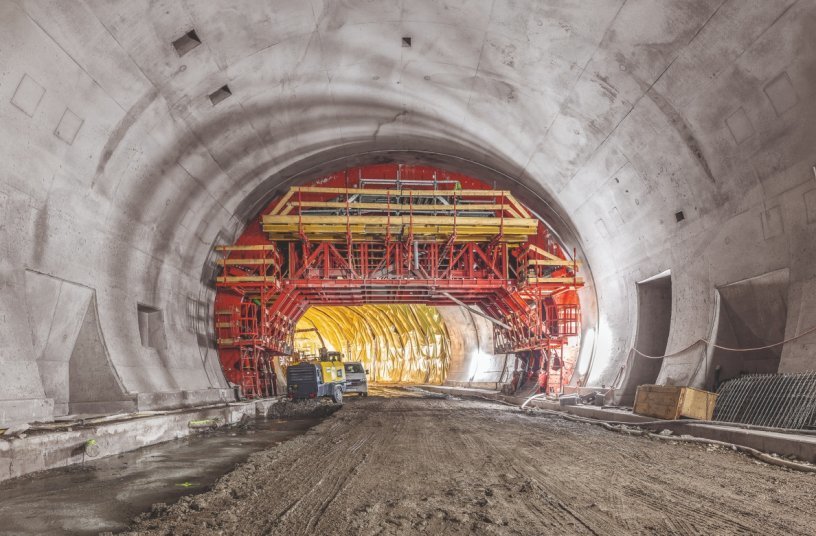