“Our Third Year in Crisis Mode.”

The Schwarzmüller Group ended the first six months of the current financial year with half-year sales of 228 million euros. By the end of June, 5,714 vehicles had been built at the company’s four plants. This means that Europe’s largest niche trailer manufacturer is 9 percent up on the previous year (210 million euros), but fears that this interim figure will not continue into the second half of the year. “The general conditions for production deteriorated significantly in the second quarter. For example, there is a lack of birch wood panels from Russia, which are difficult to replace. This is why long-distance trailers cannot be completed despite the high order backlog,” said CEO Roland Hartwig today, Thursday, 28 July, at the Hanzing company headquarters in Freinberg near Schärding (Upper Austria). The fluctuations in material deliveries, the low availability of staff and the often extreme price trends will, in the best case, allow for a slight improvement over the previous year's turnover of 414 million euros. If conditions continue to deteriorate, his company will have to deal with a significant drop in sales. Hartwig stressed that the last quarter could be particularly difficult.

The CEO stated that the individual product segments are currently in very different levels of demand. The demand for long-distance vehicles is still above average. After the end of the investment subsidy for these trailers, the order intake is set to PRESS RELEASE fall again. Schwarzmüller’s most important segment, trailers for the construction industry and infrastructure, is in the normal range. Infrastructure is continuing to grow, construction is slightly declining, which was also the case last year. The Customer Services segment is developing positively. 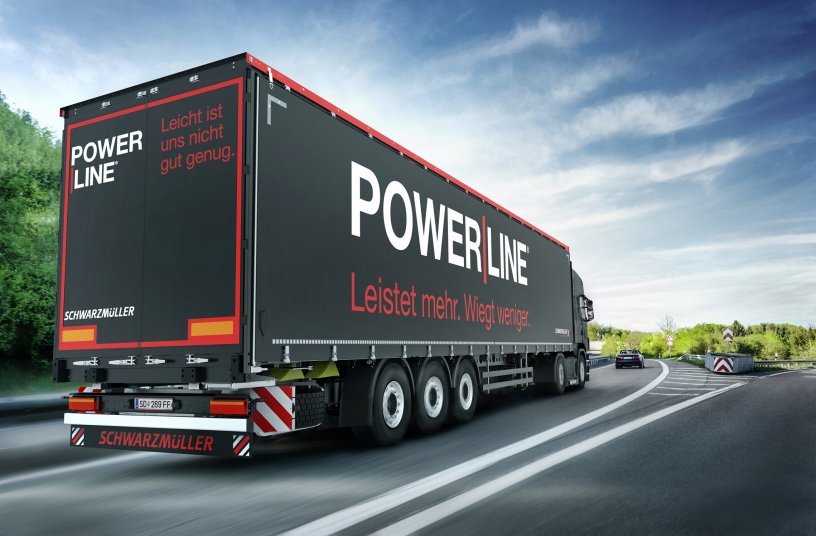 Schwarzmüller is trying as intensively as possible to buy regionally. Although no components are imported directly from Asia, the company is indirectly affected by the backlog of goods in China. “Connecting components like screws or washers come almost entirely from Asia. They are then missing from the assemblies we use,” the CEO reported. The almost daily price fluctuations in purchasing are also very challenging and require the utmost flexibility from the entire team. “It's our third year in crisis mode, and the conditions have got significantly worse since the outbreak of war,” summarized Hartwig. Of the major markets, Germany is declining slightly, while Austria, Hungary, the Czech Republic and Poland are performing adequately.

The Customer Services division remains relatively unaffected by the various difficulties of the moment. Hartwig: “Customer services are not only in greater demand. They’re also part of our promise to support our customers throughout the entire lifecycle with a broad service portfolio. To ensure this will also be possible across the board in all major markets in the future, we have to expand our network of locations.” In addition, the telematics offensive is being supported by an extensive test phase for each vehicle. Improvements in the supply of spare parts are also on the agenda, as well as guaranteed assistance in the event of a breakdown. 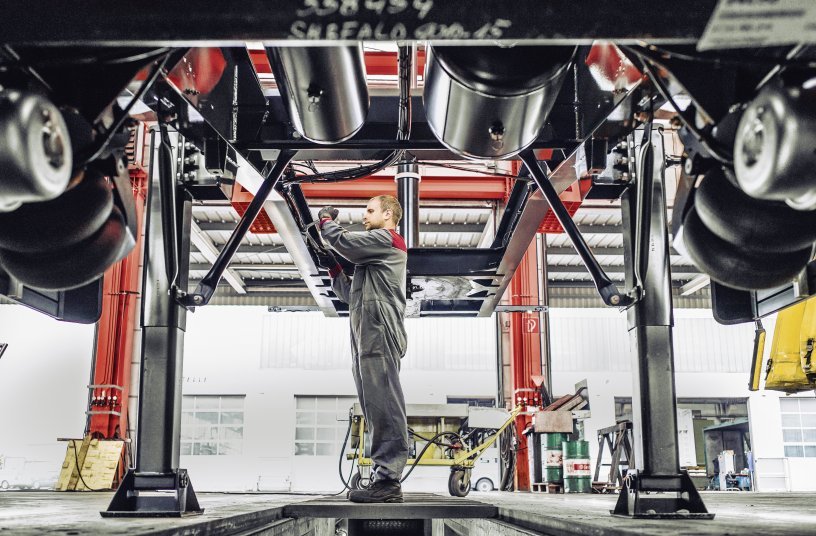 Taking advantage of the upheaval in the sector with innovations

Despite the varied challenges in the new vehicle business, Schwarzmüller is working tirelessly on innovation projects. Among other things, it is developing a system for automatically loading low-loading trucks with construction vehicles and saving the driver the hassle of time-consuming manoeuvring. It is controlled via a radio link to the vehicle being loaded. The project with Volocopter, the German specialist for electrically powered drones, has also reached its first implementation phase. Schwarzmüller is set to complete the mechanical prototype in autumn. Then the trailer’s transformation into a flight platform as well as the drone’s takeoff and landing manoeuvres can be tested. “It remains an exciting innovation project for Schwarzmüller. We are harnessing all our vehicle construction expertise in order to prove ourselves in a transport sector of the future,” stated Hartwig. 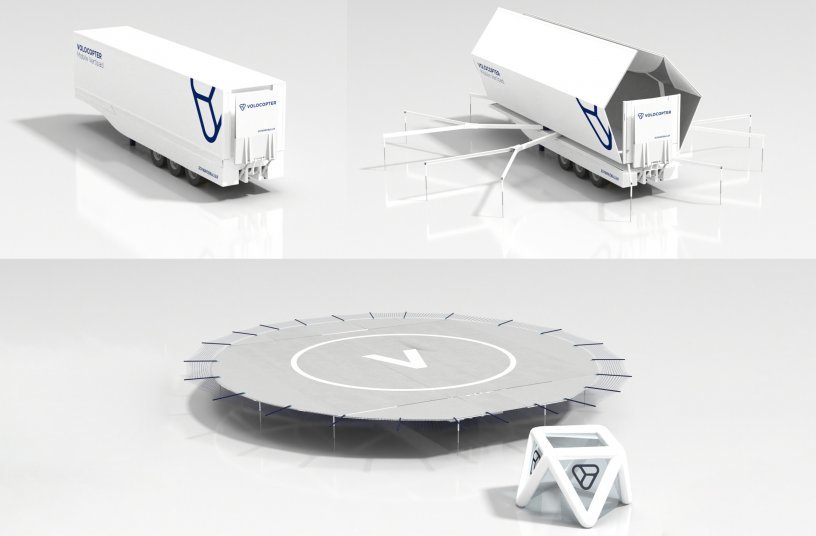 On course for another record year after the coronavirus crisis.